A Raft in the Storm

A Raft in the Storm 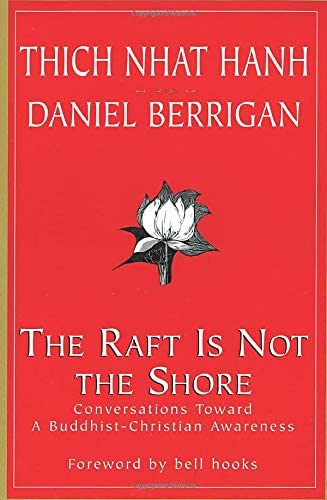 During Holy Week, 1974, Vietnamese Zen master and political exile, Thich Nhat Hahn sat to share tea and conversation with anti-war priest and poet, Daniel Berrigan on a range of connected topics including memory, Eucharist, prison, exile, self-immolation, and communities of resistance. A recording of their exchange was transcribed and published as The Raft is Not the Shore. Though framed by their concrete historical moment, these conversations remain pertinent, prescient, and practical to our own.

Led by Joe Reilly, a student of Nat Hahn or Thay (teacher) as he knew him, and Bill Wylie-Kellermann, mentee and friend of Dan, we will join their conversation by holding our own. Please come to the retreat having read the book in advance. Our time will include opportunities for spiritual practice in the several traditions. Come, bring questions, be present, be mindful.

Joe Reilly (he, him) is a singer, songwriter, and social worker, and has been a student of Zen Master Thich Nhat Hanh since 2004. Joe became a member of the Order of Interbeing in 2011 when he received the 14 Mindfulness Trainings from Thich Nhat Hanh and the Plum Village community. In 2021 Joe was ordained as a Dharma Teacher in the Plum Village tradition. Joe was raised Catholic in Kalamazoo and currently lives in Waawiyatanong/Detroit, where he co-leads the Building Beloved Community Sangha in the tradition of Thich Nhat Hanh. He is of Cherokee, Choctaw, Italian, and Irish descent and identifies as Native American.

Bill Wylie-Kellermann is a nonviolent community activist, writer, and United Methodist pastor based in Waawiyatanong/Detroit. He is also is part of the Community at Kirkridge. Bill’s friendship with Dan began when he was in seminary at Union in New York. His most recent book is Celebrant’s Flame: Daniel Berrigan in Memory and Reflection (Cascade, 2021)